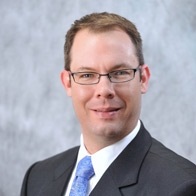 Prior to coming to the Rosenthal Wealth Management Group, Robert was trained at The Defense Information School in broadcast journalism and public affairs. While on active duty, he attended University of Maryland with a focus on communications. After completion, he turned his attention to the world of financial services. He received his initial training and served as a Financial Representative for The Washington Financial Group, a division of Northwestern Mutual. He later moved on to Northern Virginia's Capital Financial Partners before coming to Larry Rosenthal for his advanced training. While being mentored by our firm's president, his background and education were fully utilized as he worked on the marketing side of the business. Through this interim period, he was able to apply his public relations education and background towards marketing an industry and firm he believed in. His hard work and dedication not only increased the firm's exposure but also improved the quality of service we were able to provide to our existing as well as new clients. For over a decade, Robert has managed the firm's new business development and special events coordination.

Additionally, Robert mentors financial agencies across the United States on his marketing techniques.

Robert is a 5th generation native Virginian and lives with his wife and their son.