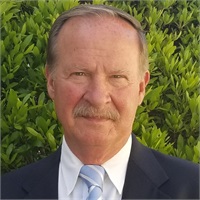 Bob is our Director of Media Relations. He comes to us following 40 years of public relations work at the Department of Interior, and later, five years as Director of Public Relations for American Bird Conservancy. His communications work has been recognized by both President George W. Bush and several Interior Department Secretaries. Upon retiring from the Interior Department, he received one of the agency’s highest awards, The Meritorious Service Award. Bob has directed local, regional and national public relations efforts. At the Interior Department’s Bureau of Land Management, he oversaw all internal and external communications for an agency of 10,000 people in over 100 offices. With a staff of over 70 people, he oversaw the Divisions of Media Affairs, Congressional Affairs, Regulatory Affairs, Environmental Affairs and Intergovernmental Affairs. He led an effort that developed a comprehensive media training program for managers and personally trained over 1,000 managers. He has prepared staff to appear on every major television news program, including 60 minutes, 20/20, Nightline, NPR, MacNeil Lehrer, CNN, and all major networks. Other major efforts Bob led included serving as team leader for an announcement of what was described as the most significant archaeological discovery in the U.S. in last 50 years and serving as communications team leader for a nationwide federal effort to reduce wildfire threats to homeowners. That effort included a live national press conference which Bob organized and which featured both the Secretary of Agriculture and Interior.